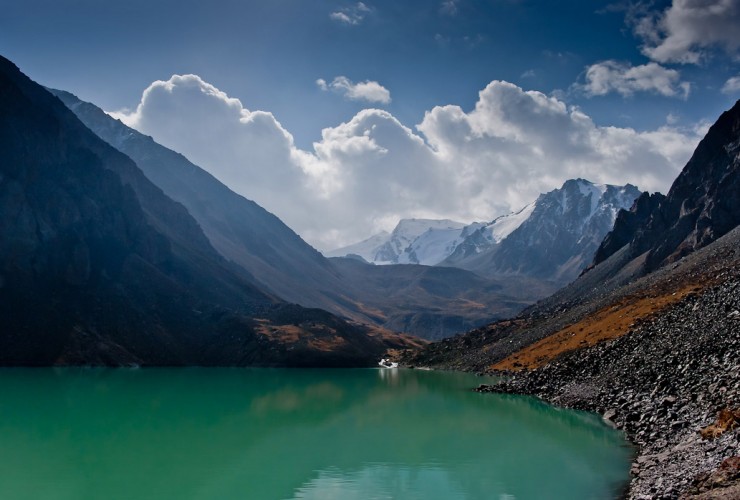 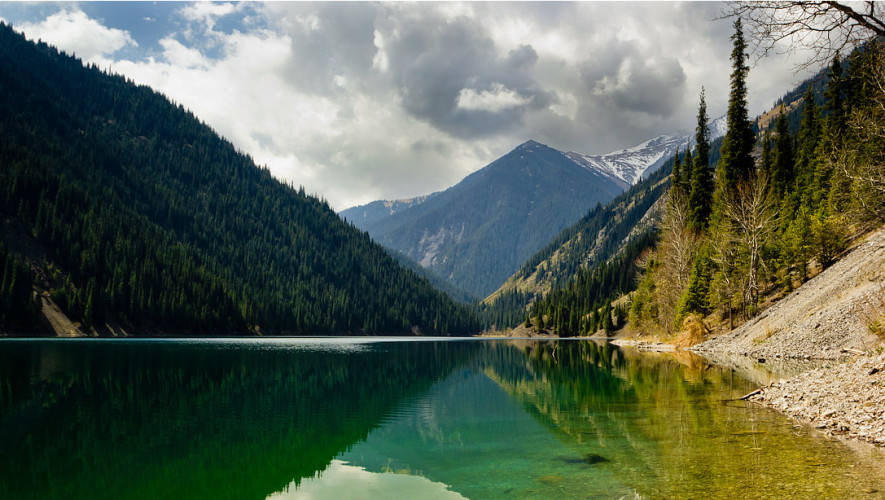 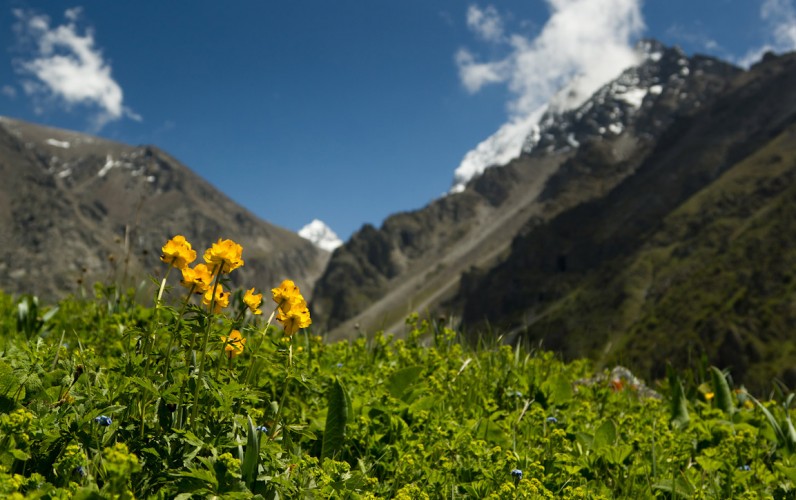 International Center TAO Dong Sun Do (International Center Tien Shan Yoga, Chi-Kung and Meditation). Master Pak Dong Sun.
Tien Shan, 5,000 years ago. Tien Shan monks, reaching the highest level of skills were looking for like-minded people, and went to the south extending their knowledge. This knowledge will be known to us as the Teachings of Bon. Finally, they reached Himalayas and Tibet. Here the Masters  of Bon met with Indian Philosophy and Methodological School Ningma. These two systems of  disposition carried the strengths and weaknesses at the same time. Bon being the most powerful School of Magic and Wonder in the world, in its original version, was very extreme, and practitioners were undertaking certain risks for the sake of super-powers. Strength ofNingma  – is philosophy and methodology, but the practice has been rather weak …

There has been a synthesis of Unity and was born the strongest in the world-encompassing and all-containing Philosophy and Practice Methodological Spiritual System of  Development of Super Human Characteristics! In the history of Mankind the Heritage of Practices of Tian Shan has left a trace in the constellation of the brightest names of Enlightened Masters Tilopa, Naropa, Marpa, Milarepa and Gambopy! In present time, the question of the origins of spiritual mastery many lamas, Buddhist, Tibetan, Nepalese teachers claim that their “knowledge” is coming from the place which is called “Jung-Jung”, “sheng-sheng”, “Tang-sheng” but it is from different Himalayan dialects –  the same – Tien-Shan! Even the mythical country of Shambhala – is a particular place of the same name in the Tien Shan mountains, if  translated from the local dialect means “mountain spring”, “wonderful source”, in our time – a place of beauty, amazing ski resort!

Style TAO Dong Sun Do is adapted to modern conditions, it is simple without complex asanas and exercises, and therefore very popular in many countries. To practice TAO Dong Sun Do there is no need to have special training, huge muscles and phenomenal flexibility! We deal with people of different professions, ages, genders, social groups and religions! Success in business, Happiness in personal life, Health is important for all! And we help everyone! The main condition of successful training is regular exercise and light, good heart! In TAO Dong Sun Do each and everyone finds his own. For example, athletes come from different Martial Arts: ushu, karate, judo, boxing, MMA fighters. After proper psychological and energy adjustments the force and overall physical strength increases many times! A lot of trainees are skiers, climbers, loggers, sailors, fishermen of the Northern Fleet – people who are subjected to the extreme psychological and climatic conditions. Many of these people have that ancient eastern doctors call the – “constant internal cold wind”. This chronic colds cannot be fully treated with modern medication! Such person with constant (!) flue  throughout the year, feels the internal cold! Even in summer, many people have cold hands and cold feet!In our Tien Shan Yoga – TAO Dong Sun Do, there are special exercises of hot mantra breath of the complex “The Winds expulsion “, which even treats asthma during 6 – 12 months of regular workouts!

The special popularity gets practice Udana! This practice would like to consider in detail! Everyone loves it without exceptions! Udana – is a system for controlling the endocrine glands and lymphatic drainage! This is an opportunity to manage on its own bio-chemical processes in the body! Exactly, Manage! As if you were sitting behind the wheel of your favorite car! For example, if you want to lose weight, then you need from hard – molecular, protein metabolism, put the body in easy-molecular albumin-globulin metabolism, enhance the alkaline processes! You just have to tone the base of the skull behind in Yang Udanu! So you can easily without harming the body lose any amount of weight! You do not need any diets! The secret is very simple! In Yang processes the more you eat, the more you lose! Weight gain is only when the body is in a state of Yin! In Yin even during strict diets weight is gaining! Especially, when diets result in severe psychological self-destruction! Udana became particularly popular thanks to representatives of the fashion business! Photo models no longer need repress themselves with lasting hunger strikes! In fairness, I would note that the balance is necessary even here! Once, in 2005, the Master Dong Sun was approached by the models from the famous model agency in Russia. Nine models for three monthstrained regularly Udana, lost the necessary amount of weight, but did not stop and continued to practice! Ignored the warning Master Dong Sun! As a result, with height of 178 -185 cm they weighed 39 – 43 kg! Their health deteriorated, stopped menstruating, bodies were covered with pimples and boils! Master Pak Dong Sun with difficulty, for 6 – 7 months regained their health! So be careful and keep balance! If you want to stabilize the water – salt processes, you need to tone under jaw area, on the left and right above the carotid arteries. For example, you can remove the external swelling of various parts of the body, and cope with the swelling of internal organs. If you want to gain weight, you have to tone Udanu Yin, in front of the hyoid. As you can see, everything is possible to ordinary people, and without travelling somewhere in Tibet or Nepal.
With the invitation of the Association AOUM in Slovakia was successfully held a seminar in Banska Bystrica from 12 to 20 May 2012. The results exceeded all expectations! Many workshop participants engaged in various eastern practices for many years, were pleasantly surprised  that the Eastern practice – it is not just mechanical exercises, but specific methods of work with the internal energy of the chakras, dan-tan, meridians, physiological mantra yoga (sound treatment ), light and color therapy, practical guidelines, and procedures of Destiny Management – Level Ki – Do, and the opportunity to manage own time (Tien – Shan Kala – Chakra), people learned to meditate.Yang meditation – spine straight and eyes open (!) , Yin meditation with a slight tilt of the head and closed eyes. This excludes mental disorders!
The seminar participants were given true practical and theoretical guidance for the above listed subjects and methods of self-healing and treating the body.

The reality of  today is that with the strengthening of the democratic processes, many masters from different countries are arriving to Europe. Unfortunately, many of them traine Europeans only superficially. Take, for example Chinese practice. We have great respect for the cultural heritage of ancient China! But dear readers, I’ll explain why they do not teach foreigners. In the history of ancient China there was a lot of inter-clan and internecine wars and all the secrets of martial practices (in fact Energy Practices) were kept in the strictest secrecy! Secrets were not revealed even under fear of death! This was the key to survival in the harsh conditions! Times have changed, the millennium passed, but tradition not to teach foreigners the true practices, unfortunately, have not changed. Master Pak Dong Sun, at a seminar in Banska Bystrica, gave his listenersTrue, the essential theoretical and practical knowledge, for which he earned the love and respect of the participants.

Of course, dear readers, in a single article its impossible to cover all system TAO Dong Sun Do. See you at the workshops, which will now take place annually and regularly in Slovakia, Czech Republic and other European countries and the UK! Seminars will conduct himself Master Pak Dong Sun. We wish you happiness, health, love and prosperity! Until next time, Dear Friends!